After Effects Workflow at The New York Times

NYTimes After Effects Demo Reel 2009 from Zach Wise on Vimeo.

The use of motiongraphics/animation is still pretty new at The New York Times. We’re still figuring things out, but I thought it might be useful for some people to see what our work flow is like.

Our work flow generally starts with a conversation. The conversation addresses the following questions.

If we’ve determined that we need motiongraphics for the story we have another conversation with a script in front of us. We firm up the script based on the following points.

We then do a very rough storyboard and place the bits of narration under the visual coverage. In the example at the right, we determined that it would be best to cut back and forth from the video interview with Charles Duhigg to the motiongraphic. You can see frames in the storyboard marked as “Charles” for when we cut back to his video interview. Charles gave us a very “animated” story and we wanted to make sure the viewer experienced it, and we also wanted to make sure the viewer understood it.

The storyboards are meant to be a guide for when we actually start putting the piece together in After Effects. The boards are generally very rough looking and remind me of shorthand notes.

Here’s a link to our storyboard template: StoryBoard.pdf 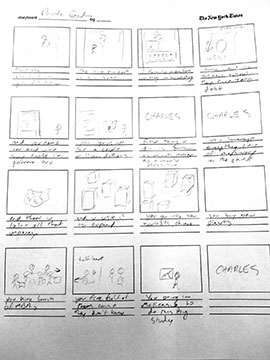 Storyboard from Flipped: How Private Equity Dealmakers Can Win While Their Companies Lose .

After we’ve firmed up the narration script, we will either quickly record a scratch narration track or piece together a final narration track. It is essential to have this before starting an After Effects project because we need to know what our timing and pace needs to be for the animation.

Here’s a link to the sound we use: Sine.aif 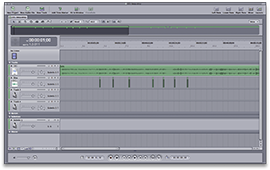 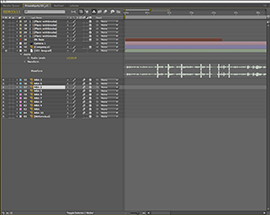 Depending on the project, it can take a long time to render in After Effects. Generally we output a “rough draft” version of the piece near completion to drop into Final Cut Pro, so we can see how it looks in context with the rest of the story. Once we make the final tweaks we output a full resolution final version to replace the draft in Final Cut Pro.

Here’s an example of the rendered final output from After Effects with the “beep” track for Flipped: How Private Equity Dealmakers Can Win While Their Companies Lose .

Here’s how the final piece looked.

This is basically our workflow. It’s not great, but it’s not bad either.

Got some tips, or questions? Let me know in the comments.

Zach Wise is an award-winning former Senior Multimedia Producer for The New York Times and Associate Professor at Northwestern University.

An animated explanation of how banks use securities lending to make a profit, while their customers cover the losses.